New method of detoxification is actively practiced in Switzerland, USA and many countries in European Union. 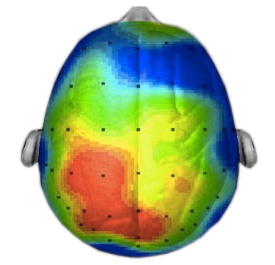 The essence of this method is to activate the brain to produce its own natural endorphins. Endorphins – substances which regulate emotions, stop the pain in case of injuries and secure comfortable psychological condition. When the patient uses narcotics, he cheats his own brain and receptors by the influence of much higher dosage of substances with destructive effects. This way, by mixing with sophisticated system of neuroregulation, narcotics cause very strong positive feelings at the beginning, but as soon as the effect of narcotics weakens, the patient starts feeling physical and psychological devastation, sadness, depression. The longer narcotisation, the stronger deficit of endorphins and the weaker ability of the brain to produce them. That’s why the cravings for narcotics gets so strong and the patient is not able to control himself anymore.

Regeneration of self-regulation system of neurotransmitters, endorphins is now considered as one of the most important tasks during the treatment of drug dependence. When we solve this problem , the patient has no need for medicaments, he feels fine, he is able to control his behavior , has rational thinking, enjoys sports activities, enjoys communication with people and behaves normally.
Researches of neurotransmitter system helped the science to find out which parts of the brain are responsible for the system of reward, which natural substances are responsible for the pain protection, which give us pleasant relaxation and which substances prepare us to fulfill difficult tasks, mobilizing energy, strength and concentration. Deficit of natural substances can be compensated only partially by medicaments and antidepresants , but in that case the patient depends on external source. That’s why the main task has been to activate and recover personal mechanisms.
Even at the early stages of neurophysiological development, experiments with animals proved that neurostimulation is able to cause positive emotions and have an impact on animal behavior. Next step was a try to treat severe depression with electroshocks causing convulsions for patients which don’t react on medicaments . Effectiveness of this method is practically fully neutralized by painful and negative effects of excessive damaging force of stimulants which practically cause a short circuit in patietn’s brain.

Modern therapy started around 2000 and represents computer controlled, locally oriented neurostimulation of brain parts responsible for endorphins production. This method is completely safe, it doesn’t cause epileptic attacks, there are no electroshocks, no loss of consciousness, convulsions. The patient is conscious all the time, functions normally, communicates, reads newspapers, plays billiards. A therapeutic effect of neurostimulation is gained by portative device which is worn around the waist or on the neck. The device has two cables with electrodes. The contact is gained by standard ECG labels adhered to the skin (photo). There are no operations, no incisions for electrodes implantation. While this device in on, the patient feels slight tingling and vibration at the place of skin contact. This doesn’t cause any unpleasant feelings. Literally, after 10-15 minutes withdrawal symptoms are significantly reduced.

On the other hand, there is a feeling of normal, clear head. Neuro jet therapy is the newest, modern way of solving the problem
with withdrawal symptoms and it would be the ideal way of detoxification.

But there are certain nuances that significantly decrease the effectiveness of this type of therapy.

In these cases it is necessary to combine Neuro jet therapy with pharmacotherapy, anesthesia and plasmapheresis.