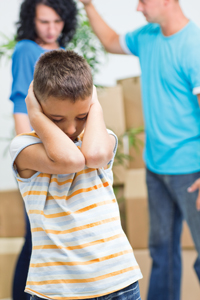 Long before went through heroin detox program treatment, in my childhood, i could see roots of my future addiction. My childhood was really hard. Father had a problem with alcohol. He was often argued with my mother, beat her … She could not longer stand that pressure, she wanted a divorce. The moment when he saw lawyers at his doorstep, he was aware of situation, and he took his own life. We were left alone with a mother who was trying to take us to the right path. I know that was not easy for her.

I’m sure that all of that problems left major consequences later for me as a formed man. I managed to stand up for myself, finished school, got a job. I married a girl who was always there for me. I had a lot of friends, most of them used heroin, believe me that a had no intention to try. Everything was going in the right direction, but … My life changed in just one day. Again, I was not guilty for a bad situation. My brother, who ran into bad company in an armed robbery took the life of another man. He ended up in jail. And his agony has become mine. The time has come, to hear the terrible judgment.

A few days before going to court, I was very nervous. I could not calm down myself. Jitters turned into fear, fear that I will again lose a dear person. I talked with my friends about it, and they had a proposal. They advised me to take heroin. They told me that I would be completely calm and I will succeed thanks to heroin to control emotions. They told me that one time is not going to make me an addict. My brother got a heavy punishment , which was a burden on my back. I started taking heroin once in two weeks. Heroin relaxed me and I could even just for a moment forget about problems. Then again something terrible happened to me . I was devoted to work, free time is almost non-existent. I rarely visited my brother, several times I put off going to a jail. In the end I did not get to see him one last time, or to hear his voice. I gave my word that I will come to visit him, and I never did. The phone rang, and from the prison hospital told me that my brother had died from a heart attack. The feeling of guilt was eating me, and I looked for solution in heroin. I took it more and more often, almost every day. One morning I woke up and realized that I was sick. My body was no longer function normally without heroin. The crises were the worst in the morning when I get up. My first and only thought was how to “do heroin”. I was shaking, I could not sleep. I am no longer going to work either, I lost the skills necessary to perform everyday activities. Everything was difficult. Any discomfort and problem that i had I tried to solve that with heroin.

Too much money for heroin

I spent huge amounts of money. On average about 30 to 50 euros a day. And now I feel terrible when I remember that I guarding my children, “done”. We sit at the family table, and I did not know where I was. I felt stronger physical pain. I was retreating into myself and depression did not stop. On several occasions I tried to quit heroin. I thought I would be able to do with alone. Of course, I have failed. After the third day the crisis were so horrible that I thought I would die. I have been long time hiding from my wife what the problem was. I had no longer where to go, I had to tell her that I have a problem. I told her that her husband was a drug addict and that he desperately needed help. We have heard of the treatment at the clinic and it was our joint decision. We realized that this was the first, and the best step to do, to came here. This was step into a new life and a better future, as for me and for all the people I care about. After the treatment I plan to get back to work. I want to make up all the time that I missed with my daughters. I want to be active, in their life, to bring them up. My wife and I bought a house, when all this is over it will be a real home for all of us.

We do not believe in drug replacement therapy

My problem was with heroin, intravenous